13 to 27 Pearse Street, formerly Great Brunswick Street, the current home of the Trinity City Hotel, is proud to welcome guests from Ireland and around the world. The Trinity City Hotel, however, is only the most recent occupant of this site, which for the past few centuries has housed a remarkable collection of residences, business and services.

The historical significance of the hotel site originates in Viking times. Unfortunately, the land was under water, and the Vikings sailed their longboats over the site to dock at the ‘Long Stone’ located just opposite what is now the Garda Station at the top of Pearse Street, 100 meters west of the Hotel.

Over the centuries that followed, many efforts were undertaken to reclaim the land from the sea. In 1166, Dermot McMurrough, the High King of Ireland, established the Priory of All Hallows, which included the partially reclaimed site as well as what is now Trinity College, opposite the Hotel.

In 1592, Trinity College was established by Queen Elizabeth I, while the site of Trinity City Hotel remained a marshy field subject to flooding. The year 1600 marked the beginning of a two hundred year battle, to finally reclaim the land from the sea. In the 1670s, the area between Trinity College on the south and Townsend Street at the rear of the Hotel on the north remained vacant, while Townsend Street, the primary route to South Dublin was developed.

A laneway called Moss Lane ran along the northern walls of Trinity College, and that was the precursor to Pearse Street. In 1791, the Wide Street Commission finally laid out the plan for the development of the area and a major roadway was established called Great Brunswick Street to honour King George I, the Duke of Brunswick. Soon after, buildings were constructed in the early 1800s. The buildings at Numbers 23, 24, 25 and 26, i.e. along the Hotel courtyard, were built in 1818, while Number 27 dates back to 1820. The facades of these buildings are much the same as they were when they were first erected.

Among the best known Dublin businesses occupying this site was Robert Tedcastle's Coal Merchants, which began trading at 19-20 Great Brunswick Street in the 1850s (where the Hotel lobby is now), and remained there until the 20th century. Evidencing his success, Tedcastle purchased the historic Marley House in Rathfarnham and his enterprise continues to this day in the form of TOP Shops, an abbreviation for Tedcastle Oil Productions.

From 1910 until 1924, the British Army Recruiting Office stood at 23-25 Great Brunswick Street (where the Brunswick Bar and Courtyard Guestrooms are now located). Between 1914 and 1918, over 250,000 Irishmen volunteered to serve in the British Army, and many of them passed through the rooms alongside the Bar and Courtyard. Over 35,000 of these men were killed in World War I, fighting for the independence of smaller European countries.

Ironically, Padraig Henry Pearse, the executed leader of the 1916 Rising and author of the Easter Proclamation declaring Irish Independence, was born a couple of doors down at 27 Great Brunswick Street in 1879.

Padraig’s father James, an Englishman, established an Ecclesiastical Architecture and Sculpture firm, fashioning stone and marble altars and gravestones at the site, a few years before Padraig’s birth. The original house stands as a historic memorial, while Trinity City Hotel occupies the back garden where the Pearse’s once worked and played. In February 1923, the name of the street was changed to Pearse Street to honour Padraig and his brother Willie, who was also executed in Dublin after the 1916 Rising.

Between 1906 and 1909, the Dublin Fire Brigade established its headquarters at Number 14, where Pearse Street intersects with Tara Street. The station served the people of Dublin for over 100 years until a new station was established on Townsend Street under the Hotel. Trinity City Hotel has preserved the original exterior of the station, including the watchtower, which has now been incorporated into the Hotel in our Tara Wing, where our Executive Guestrooms are now housed.

Like much of Dublin, the site on which Trinity City Hotel stands has a storied history before it began welcoming you, its honoured guests.

We hope that you will enjoy your stay with us here in historic Dublin.

By 1916 Dublin Fire Brigade had completed a building program which gave the city a modern fire station in each quarter of the city. The four stations were located at Thomas Street, Tara Street, Buckingham Street and Dorset Street. The Brigade strength stood at forty-five men, including the Chief Fire Officer, Thomas Purcell, the Second Officer, John Myers and four station officers.

The Chief Officer had taken command of the Brigade in 1892. He was an engineer and a volunteer fireman in his native Kilkenny where he had been decorated for saving a woman trapped in a burning building. He had studied and travelled widely to see modern firefighting techniques and had developed Dublin Fire Brigade into a modern and very efficient fire service. 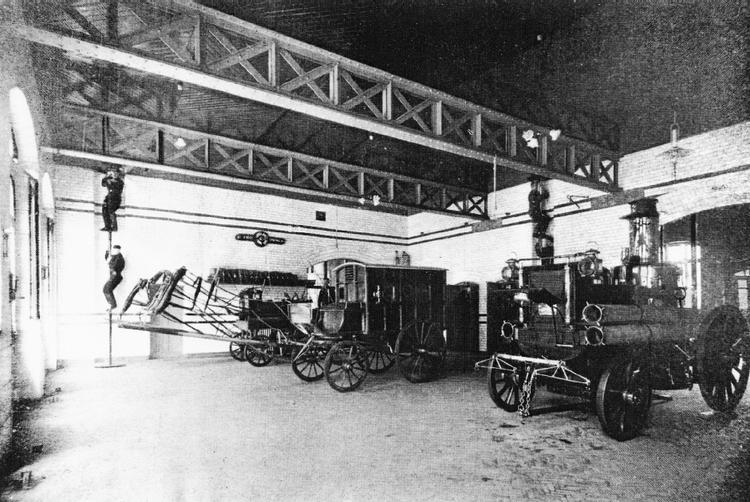 The Brigade`s main firefighting resources were two Leyland motor fire engines and three horse-drawn extending turntable ladders. Additional firefighting equipment was carried on horse-drawn hose wagons. The Brigade also provided the city`s emergency ambulance service and at Easter 1916 this consisted of two horse-drawn and one motor ambulance.
The day-to-day running of the Brigade was recorded in each station`s log book. Each ‘turn-out’, be it to a fire or an ambulance case, was recorded and the details entered in the log. The Dublin Fire Brigade museum holds the day book for Dorset Street station with the list of men on duty, hours worked etc. It also holds the log book of the Pembroke Township Fire Brigade for Easter week. Dublin City Archives holds the log book of Tara Street fire station, the Brigade H.Q. It offers us a unique view of the events of the Rising as they happened.

(With thanks to Dublin Fire Brigade for photos and history) 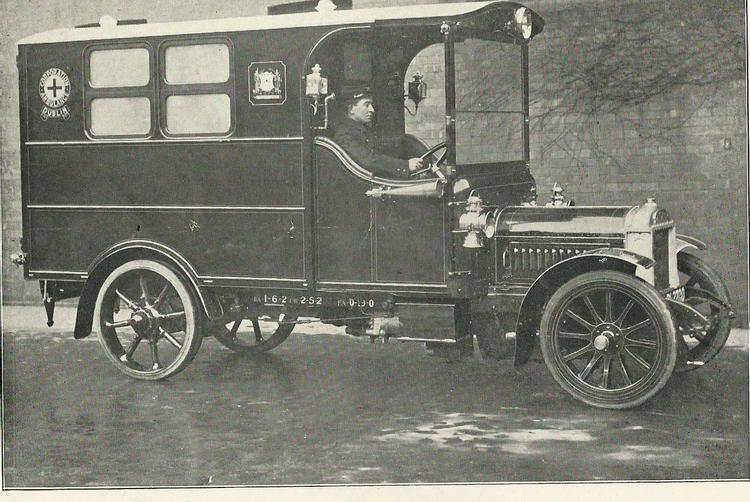